Fellow Magic Mike star Matthew McConaughey also showed off his incredible physique and impressible dance moves when the film hit the big screen. Dressed up for the Oscars or making girls wail on stage, he's certainly sealed his pin-up status 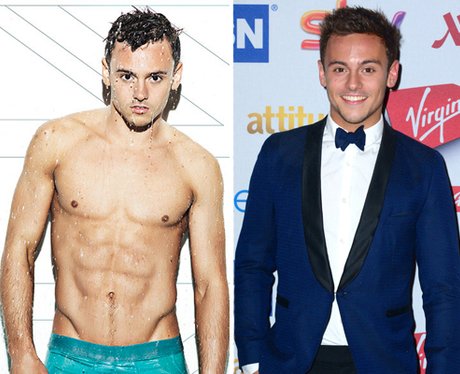 Gorgeous Olympian Tom Daly bowls us over everytime with his boyish charm, gleaming white smile and lean, sporty body. He can cover up in a cute suit or strip off for the swimming pool, we don't care, we love him equally 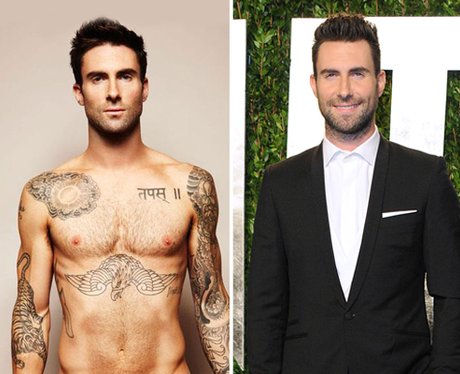 Rock star Adam Levine has a body fit for indie-loving girls worldwide. Covered in artistic tattoos, the Maroon 5 frontman has become a music hunk in recent years. He might look insanely hot in a suit too but we're all about those tatts 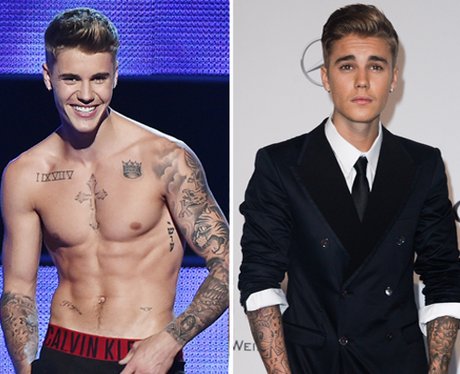 Who knew Beibs had such solid abs!? The pop hunk may litter his Instagram with topless gym shots but we forgot just how muscly this music star actually was till this picture! He looks sweet in a suit and tie

Becks always gives us an eyeful thanks to his semi-naked underwear campaigns (thank you H&M!) but also looks equally gorgeous in a suit. Hmmmm. Let's just stare at this for a little bit longer, because we REALLY can't pick a side

British supermodel David Gandy works his abs for a living so it's no wonder he looks utterly smoking in his boxers. But a white suit, sharp tie and smouldering stubble? We'll just have both thanks, Santa

We can't believe that hunky R&B star Usher is almost 40! With his rock hard stomach and smooth skin, he's a sight for sore eyes. Especially in a tweed suit 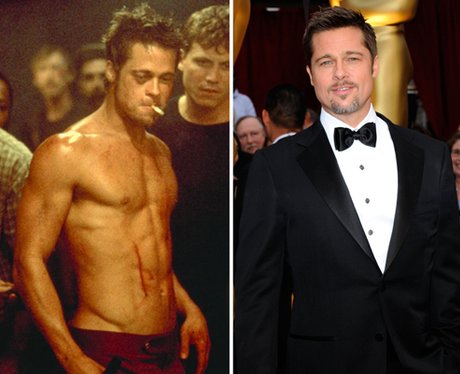 He must be the hottest man alive because Brad Pitt is still blindingly beautiful even when he's bruised and battered with blood all over his abs. He doesn't look bad in a bow tie either!

Hugh Jackman is a seriously manly man. With his broad athletic shoulders and designer stubble, he's worthy of a full sized poster above your bed, top or no top

Zac Efron has girls going wild all over the world with his twinkling blue eyes, cheeky smile and sculpted torso. Whether he's in his underwear or a smart suit and tie, he's undoubtedly one of the hottest men in Hollywood 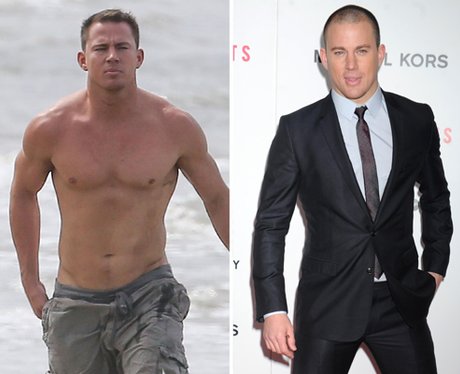 Former stripper Channing Tatum not only has epic muscles but he knows how to work his body. The talented dancer had us open-mouthed in Magic Mike and looks just as handsome covered up in a suit. We're slightly more in love with his topless snap
Advertisement
« 30 Amazing Tattoos Effects
Adorable Pit Bull Brothers »

21 Most Stunning Celebrity Wedding Gowns Of All Time   These 21 celebrities had some of the prettiest and most extravagant wedding dresses of all time. Keep reading to learn  … Read more

The Takkota Famous animal-human mash-ups of various celebrities are a strange sight, but surprisingly accurate   The London-based design company created these hilarious photos of the likes of Michael Jackson,  … Read more

!See What The Stars Wore   Broadway, baby! The Tony Awards 2015 took place in NYC on Sunday, June 7—and the celebs hit their best sartorial high notes for the  … Read more