This animated video is the best representation of smartphone addiction — and its harmful effects — we’ve seen. It’s definitely not the first of its kind, but it does have something most others do not — humor. Plus, it neatly avoids being preachy, a cardinal sin of which most other examples of the genre are guilty.

Apparently produced by Xie Chenglin, a student at the Central Academy of Fine Arts in China, the video shows people going about their daily lives with heads bowed down, obsessed with what’s happening on their smartphone. Except the heads aren’t subtly looking down. The characters are viciously deformed, animated in an exaggerated way to emphasize the severity of the problem — and where human evolution could lead if we don’t change for the better.

The characters walk through life not noticing, understanding, or caring about the chaos and pain caused by their lack of attention. One particularly cute cat suffers in a most unfortunate way. Sure, it’s all way over the top, but it highlights the problem of becoming engrossed in the device we hold in our hands, rather than paying attention to the world around us as well.

The short also comments on the kind of people we’re becoming. One character, who comes across both an injured individual and a car accident, takes a variety of increasingly narcissistic selfies rather than helping out. No, it’s not a common reaction to such a situation in the real world, but selfies with disasters as the background have been a worrying trend recently.

Is the animation telling you to put down your phone and do something else instead? No, not really. It’s a satirical look at the extreme end of the spectrum. No one really behaves like this, but sometimes we need a reminder that it’s best not to only concentrate on our phones. When this is done without chastising the viewer for their supposed bad behavior, the message actually gets through (By: Digitaltrends). 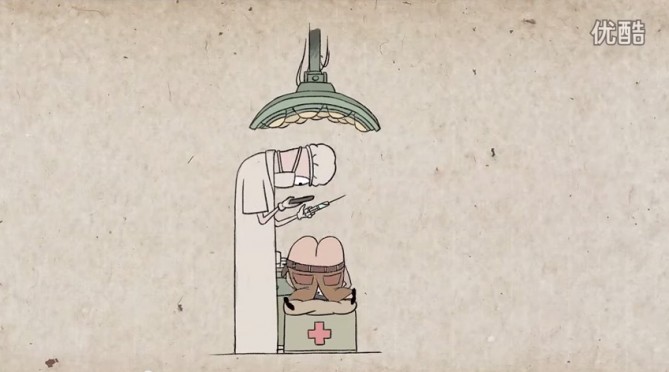